We are pleased to invite you to the Museum Library this spring to engage in conversations about immersive approaches for research in archaeology and anthropology. Our guest speakers will discuss their use of 3D technologies to interpret, reconstruct, and translate their fieldwork research from around the world. Their work reimagines what is possible for fieldwork documentation, community engagement, and scholarly publication, bringing their research to life and making it more accessible.

The [Dig]ital Discoveries: Emerging Tech in Archaeology and Anthropology series serves as a forum for Penn students, faculty, and staff to share their experiences and knowledge with other practitioners and students through presentations, demonstrations, and discussions in an informal setting.

Please join us for the following talks on Fridays from 3-4pm. Please register because space is limited!

Anthropology PhD Candidate Li Li’s research focuses on Paleolithic technology and human evolution. She will discuss her fieldwork at the Shuidonggou Site in Northwest China and her use of Agisoft to build a 3D model of the site.

Read more about her research in this recent Penn Museum blog post, which was also featured in Penn Today!

AAMW PhD Candidate Emily French’s research engages Roman conceptions of space through landscape/geographic floor mosaics. She will share about her fieldwork in Cosa, Italy and her use of 3D modeling to both document trenches and resituate mosaic floors in their original contexts.

SAS senior, Malkia Okech majors in Near Eastern Languages and Civilization, and her current research on her senior thesis entails reconstructing the tomb of Osiris at Abydos, Egypt. She will discuss her fieldwork in the Vayots-Dzor region of Armenia and how she created a VR experience of the reconstructed medieval fort site.

Learn more about the full scope of this project on Malkia’s blog, Archaeological Experiments with Virtual Reality.

Dr. Peter Decherney, Professor of Cinema & Media Studies and English, has directed documentary and virtual reality films including Filmmaking for Democracy in Myanmar, Glimpses of Kalobeyei about a refugee settlement in Kenya, and The Heart of Puerto Rico about artists in Puerto Rico after hurricane Maria. He will discuss his work with ethnographic filmmaking with a 360 camera. 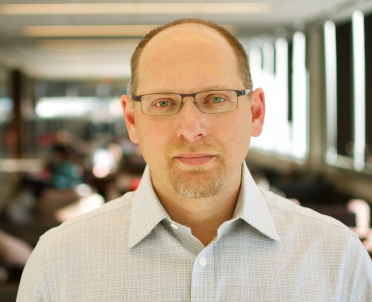 Read more about this series on the Penn Museum blog and be sure to also review the Museum Library’s full spring programming roster!

View all posts by ameaghan